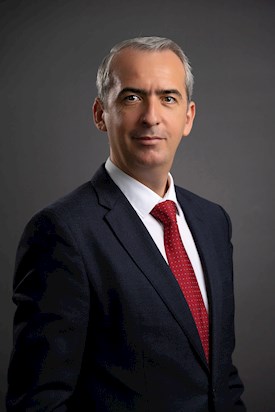 Cosmin joined DP World in Constanta in 2004, as Planning Supervisor and shortly after he was appointed in various functions within the DP World Group, among which heading the planning sections for DP World’s flagship terminals in Jebel Ali – CT 1 &Operations Director at DP World London Gateway, responsible for all operations activities at London Gateway, a role that prepared him furthermore for his present activity within the DP World Romania’s ports, logistics and inland terminals.

Cosmin has a BA in economics from the Bucharest Academy of Economics Study.

We use cookies on this site to enhance your user experience. By continuing to visit this site you agree to our use of cookies. Learn More